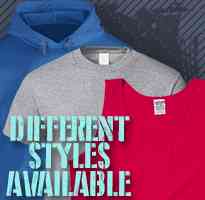 Chinese New Year
- February 06, 2021
Chinese New Year (traditional Chinese: 農曆新年, 中國新年; simplified Chinese: 农历新年, 中国新年; pinyin: nónglì xīn nián, zhōngguó xīn nián) is the festival that celebrates the beginning of a new year on the traditional Chinese calendar. In Chinese culture and East Asian countries, the festival is commonly referred to as the Spring Festival (traditional Chinese: 春節; simplified Chinese: 春节; pinyin: Chūn Jié) as the spring season in the lunisolar calendar traditionally starts with lichun, the first of the twenty-four solar terms which the festival celebrates around the time of the Lunar New Year. Marking the end of winter and the beginning of the spring season, observances traditionally take place from New Year’s Eve, the evening preceding the first day of the year to the Lantern Festival, held on the 15th day of the year. The first day of Chinese New Year begins on the new moon that appears between 21 January and 20 February. In 2021, the first day of the Chinese New Year will be on Friday, 12 February, which is the Year of the Ox.Chinese New Year is one of the most important holidays in China, and has strongly influenced Lunar New Year celebrations such as the Losar of Tibet (Tibetan: ལོ་གསར་) and of China's neighbouring cultures, including the Korean New Year (Korean: 설, seol), and the Tết of Vietnam. It is also celebrated worldwide in regions and countries with significant Overseas Chinese or Sinophone populations, including Singapore, Indonesia, Malaysia, Myanmar, Thailand, Cambodia, the Philippines, and Mauritius, as well as many in North America and Europe.The Chinese New Year is associated with several myths and customs. The festival was traditionally a time to honour deities as well as ancestors. Within China, regional customs and tradit
Tags: chinesenewyear, imlek, cny, lunarnewyear, chinese, angpao, angpaoimlek, gongxifacai, love, yearoftherat, liondance, newyear, china, cookies, chinesefood, kongqipaoshop, happynewyear, photography, imlekcookies, fortune, qipao, art,
Valentine's Day
Valentine's Day - February 02, 2021
Valentine's Day, also called Saint Valentine's Day or the Feast of Saint Valentine, is celebrated annually on February 14. It originated as a Western Christian feast day honoring one or two early Christian martyrs named Saint Valentine and is recognized as a significant cultural, religious, and commercial celebration of romance and love in many regions of the world.
There are a number of martyrdom stories associated with various Valentines connected to February 14, including an account of the imprisonment of Saint Valentine of Rome for ministering to Christians persecuted under the Roman Empire in the third century. According to an early tradition, Saint Valentine restored sight to the blind daughter of his jailer. Numerous later additions to the legend have better related it to the theme of love: an 18th-century embellishment to the legend claims he wrote the jailer's daughter a letter signed "Your Valentine" as a farewell before his execution; another addition posits that Saint Valentine performed weddings for Christian soldiers who were forbidden to marry.
The Feast of Saint Valentine was established by Pope Gelasius I in AD 496 to be celebrated on February 14 in honour of Saint Valentine of Rome, who died on that date in AD 269.[ The day became associated with romantic love in the 14th and 15th centuries when notions of courtly love flourished, apparently by association with the "lovebirds" of early spring. In 18th-century England, it grew into an occasion in which couples expressed their love for each other by presenting flowers, offering confectionery, and sending greeting cards (known as "valentines"). Va
Tags: valentine, valentine day, 14 february, february, 14, feb 14, february 14, love, honey,
Santa Claus
Christmas - November 28, 2020
chirtsmas sale  Take 5 % OFF to christmas item over $ 50 till 31 december 2020 coupon " XMAS " so hurry to buy

Santa Claus, also known as Father Christmas, Saint Nicholas, Saint Nick, Kris Kringle, or simply Santa, is a legendary character originating in Western Christian culture who is said to bring gifts to the homes of well-behaved children on the night of Christmas Eve (24 December) or during the early morning hours of Christmas Day (25 December).The modern character of Santa Claus was based on traditions surrounding the historical Saint Nicholas (a fourth-century Greek bishop and gift-giver of Myra), the British figure of Father Christmas, and the Dutch figure of Sinterklaas (himself also based on Saint Nicholas). Some maintain Santa Claus also absorbed elements of the Germanic deity Wodan, who was associated with the pagan midwinter event of Yule and led the Wild Hunt, a ghostly procession through the sky. Santa Claus is generally depicted as a portly, jolly, white-bearded man—sometimes with spectacles—wearing a red coat with white fur collar and cuffs, white-fur-cuffed red trousers, red hat with white fur, and black leather belt and boots and carrying a bag full of gifts for children. This image became popular in the United States and Canada in the 19th century due to the significant influence of the 1823 poem "A Visit from St. Nicholas." Caricaturist and political cartoonist Thomas Nast also played a role in the creation of Santa's image. This image has been maintained and reinforced through song, radio, television, ch
Tags: santaclaus, santa,
CHRISTMAS
Christmas - November 27, 2020
chirtsmas sale  Take 5 % OFF to christmas item over $ 50 till 31 december 2020 coupon " XMAS " so hurry to buy

Christmas (or Feast of the Nativity) is an annual festival commemorating the birth of Jesus Christ, observed primarily on December 25[a] as a religious and cultural celebration among billions of people around the world.[ A feast central to the Christian liturgical year, it is preceded by the season of Advent or the Nativity Fast and initiates the season of Christmastide, which historically in the West lasts twelve days and culminates on Twelfth Night; in some traditions, Christmastide includes an octave. Christmas Day is a public holiday in many of the world's nations, is celebrated religiously by a majority of Christians, as well as culturally by many non-Christians, and forms an integral part of the holiday season centered around it.The traditional Christmas narrative, the Nativity of Jesus, delineated in the New Testament says that Jesus was born in Bethlehem, in accordance with messianic prophecies. When Joseph and Mary arrived in the city, the inn had no room and so they were offered a stable where the Christ Child was soon born, with angels proclaiming this news to shepherds who then further disseminated the information.Although the month and date of Jesus' birth are unknown, the church in the early fourth century fixed the date as December 25. This corresponds to the date of the winter solstice on the Roman calendar. Most Christians celebrate on December 25 in the Gregorian cal
Tags: christmastree, merrychristmas, xmas, christmastime, christmasdecor, hristmaslights, christmasmagic, christmasspirit, christmasdecorations, christmasmood, christmascountdown, natale, christmasiscoming, christmasvibes, natal, christmaseve, christmasgifts,